An Unidentified Flying Object, or UFO, in its most general definition, is any apparent anomaly in the sky that is not identifiable as a known object or phenomenon. Culturally, UFOs are associated with claims of mysterious visitation and have become a popular subject in fiction.

While UFOs are sometimes later identified as an explainable object, identification is sometimes not possible owing to the lack of evidence other than anecdotal evidence and eyewitness accounts.

Stories of fantastical celestial apparitions have been told since antiquity, but the term "UFO" was officially created in 1953 by the United States Air Force (USAF) to serve as a catch-all for such reports.

In its initial definition, the USAF stated that a UFO was: "Any airborne object which by performance, aerodynamic characteristics, or unusual features, does not conform to any presently known aircraft or missile type, or which cannot be positively identified as a familiar object."

Accordingly, the term was initially restricted to that fraction of cases which remained unidentified after investigation, as the USAF was interested in potential national security reasons and/or "technical aspects" (see Air Force Regulation 200-2).

During the late 1940s and through the 1950s, UFOs were often referred to popularly as "flying saucers" or "flying discs". The term UFO became more widespread during the 1950s, at first in technical literature, but later in popular use. UFOs garnered considerable interest during the Cold War, an era associated with a heightened concern for national security. Various studies have concluded that the phenomenon "does not represent a threat to national security nor does it contain anything worthy of scientific pursuit".

The term Ufology is used to describe the collective efforts of those who study reports and associated evidence of unidentified flying objects. UFOs have become a prevalent theme in modern culture, and the social phenomena has been the subject of academic research in sociology and psychology.

Unexplained aerial observations have been reported throughout history. Some were undoubtedly astronomical in nature: comets, bright meteors, one or more of the five planets that can be seen with the naked eye, planetary conjunctions, or atmospheric optical phenomena such as parhelia and lenticular clouds.

An example is Halley's Comet, which was recorded first by Chinese astronomers in 240 BC and possibly as early as 467 BC. Such sightings throughout history often were treated as supernatural portents, angels, or other religious omens.

Some current-day UFO researchers have noticed similarities between some religious symbols in medieval paintings and UFO reports though the canonical and symbolic character of such images is documented by art historians placing more conventional religious interpretations on such images.

On June 24th 1947, a private pilot by the name of Kenneth Arnold reported to see nine unidentified objects in the sky flying past Mount Rainier in Washington. This sighting caused a national news media storm and is credited the birth of the modern era of UFO sightings.

Arnold's description of the objects led the press to quickly coin the terms flying saucers and flying discs as descriptive terminology. Sighting continued in 1947 and "Flying Saucers" became a social phenomenon.

The Flatwoods Monster, also known as The Braxton County Monster, is a thought to be an unidentified creature or machine. It was reported to have been sighted by several people in the town of Flatwoods in Braxton County, West Virginia on September 12th 1952.

The Men In Black or MIB are mysterious strangers that reportedly attempt to threaten witnesses and reporters of strange occurrences into silence. The Men In Black were introduced into UFO'lore in 1953 by Albert Bender but they weren't really well known or popularized until the 1970's when investigator John Keel wrote about them in his books.

The Kelly–Hopkinsville Goblins are creatures reportedly encountered by a family in Kentucky on August 21st 1955.

In March of 1966, a wave of UFO sightings across southeast Michigan aroused media interest, bringing the issue of the UFO back to popular attention.

Controversy arose when the Air Force's scientific consultant concluded that at least some of the sightings were the result of "Swamp Gas," an explanation summarily rejected by witnesses and other state citizens.

The ensuing public outcry was instrumental in bringing about the "Scientific Study of Unidentified Flying Objects", the only academic assessment of the topic completed to date, and the last attempt on the part of the US Air Force to settle the unrelenting mystery of UFO.

On April 16th 1966, several police officers in Portage County, Ohio, pursued an unidentified flying object for half an hour before watching it disappear into the night sky. The media brought the story to public attention, and popular interest compelled the Air Force to conduct an investigation.

The Air Force's conclusion that the officers had misidentified ordinary occurrences opened the witnesses up to a torrent of ridicule. Some of the witnesses, already emotionally disturbed by what they'd seen, were so harshly scrutinized that they quit the force to escape the public eye.

John Keel was pushed into the UFO field in 1966 when a magazine editor wanted an article on the subject. As Keel attempted to find UFO experts and get the Air Force’s side of the story, Michigan’s 1966 UFO flurry seeped across Ohio into West Virginia, where began an eighteen-month series of reports of a flying objects.

When John Keel heard reports of The Scarberry and Mallette MothMan Sighting, he was interested and so he drove over 800 miles that December to Point Pleasant, West Virginia. Aside from his Mothman investigation, There had also been countless UFO sightings up and down the Ohio River all that year. Eerie diamond-brilliant lights passed over Point Pleasant every night at 8:30 on a regular schedule.

Keel decided to investigate the situation. He inspected mutilated animals in the farm fields of West Virginia, and spent many cold and scary nights on hilltops watching lights in the sky. When he signaled them with a flashlight in Morse code they actually seemed to respond. If he flashed the word "descend", they would drop downward in a falling leaf like motion.

A Wave, Flurry or Flap is terminology used for a large amounts strange sightings being reported by witnesses in a specific area at a specific time. Its a way of describing a sudden influx of reports of the similar things in one concentrated area. Like a wave coming in from the ocean or a wave of physical letters and paper reports pouring into an office. Large amounts of sightings are sometimes seen as almost a form of statistical data to understand where entities may occupy. This term is used for UFO sightings, monster sightings and pretty much any strange report.

A variety of strange things such as Monsters, Spirits and UFOs all being reported in the same area and or time frame

Josef Allen Hynek (May 1st 1910 |Chicago, Illinois| – April 27th 1986 |Aged 75|) was an American astronomer, professor, and UFO investigator. He started off as a UFO skeptic and debunker but slowly changed his opinion. In the 1970's he conducted his own UFO research and developing the "Close Encounter" classification system.

He thought that all possible explanations for UFOs should be explored including the Interdimensional Hypothesis. He wrote books such as: The UFO Experience (1972), The Edge of Reality w/ Jacques Vallee (1975), The Hynek UFO Report (1977) and Night Siege w/ other authors (1987).

John Alva Keel (March 25th 1930 – July 3rd 2009) was an influential American journalist and Fortean investigator who is best known as author of The Mothman Prophecies. Beginning in 1966, he investigated UFOs alongside other anomalous reports. He interviewed witnesses, documented sightings and wrote many books on the subject. Keel noticed universal trends among stories of Monsters, Spirits and UFOs. He determined that they all share a common source.

He rejected the ET hypothesis and instead posited a different explanation based on his own experience and the experiences of others. He concluded that UFOs and associated entities are manifestations from a state of energy outside of our dimension. Keel included other Paranormal subject matter and World Mythology as a part of this same phenomenon. 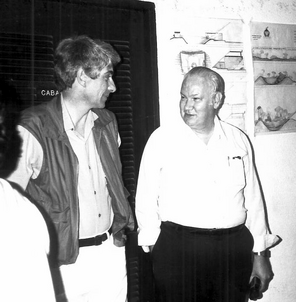 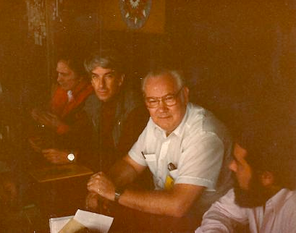 Jacques Fabrice Vallée (born September 24th 1939) is a French computer scientist, author, former astronomer and UFO investigator. He was mentored by J. Allen Hynek. In the mid-1960's Jacques Vallee, like many UFO researchers, attempted to validate the ET hypothesis but soon found that it was untenable.

His first two books: Anatomy of a Phenomenon (January 1965) and Challenge to Science: The UFO Enigma (1966) were written in favor of the ET hypothesis which he then rejected. He found it unable to account for much of the reported data. From there he took a similar approach to investigator John Keel.

In 1969, Vallee began exploring the commonalities between UFO, other Paranormal cases and World Mythology. He concluded that the source of this phenomenon is interdimensional.

He wrote the following books: Passport to Magonia: From Folklore to Flying Saucers (1969), The Invisible College (1975), The Edge of Reality /w Dr. J. Allen Hynek (1975), Messengers of Deception (June 1979), Dimensions: A Casebook of Alien Contact (April 1988), Confrontations - A Scientist's Search for Alien Contact (March 1990), Revelations: Alien Contact and Human Deception (September 1991) and Wonders in the Sky (2010)

Studies have established that the majority of UFO observations are misidentified conventional objects or natural phenomena—most commonly aircraft, balloons, noctilucent clouds, nacreous clouds, or astronomical objects such as meteors or bright planets with a small percentage even being hoaxes. Between 5% and 20% of reported sightings are not explained, and therefore can be classified as unidentified in the strictest sense.

While proponents of "The Extraterrestrial Hypothesis" suggest that these unexplained reports are of alien spacecraft, The Null Hypothesis cannot be excluded that these reports are simply other more prosaic phenomena that cannot be identified due to lack of complete information or due to the necessary subjectivity of the reports.

The Extraterrestrial Hypthoesis or ETH is the claim that beings from other planets visit ours and that this is the explanation for reports of UFOs.

Investigators John Keel and Jacques Vallee thought that the possibility of UFOs being spaceships from another planet was very unlikely. Keel said: "[They] seemed like mischievous masses of energy playing simpleminded games with a simpleminded human. ... I have seen so many of these strange lights that I have actually lost count. The sheer quantity of [these] objects and the frequency of their appearances negates the extraterrestrial hypothesis".

The Interdimensional Hypothesis or IDH states that entities from beyond our dimension sometimes enter our world and this is the explanation for UFO reports. John Keel wrote about interdimensional tricksters he called "Ultraterrestrials".

Under some conditions, children and young adults can see ultraviolet down to wavelengths of about 310 nm and people with aphakia (missing lens) or replacement lens can also see some UV wavelengths. People who don't have lenses often report seeing ultraviolet light that looks "whitish blue" or "whitish violet". This happens because our three color receptors (red, green and blue) are all sensitive to ultraviolet light, so the light comes in as a mixture of the three receptors, with a slight nod to blue side of the spectrum.

Some witnesses of The Mothman, such as Connie Carpenter, suffered from Klieg Conjunctivitis after their encounters with the creature. After her Mothman sighting, Miss Carpenter's eyes were red, swollen and itchy with water coming out of them for two weeks afterwards. She was also one of the few to claim a very close look at The Mothman. They depicted this eye burn phenomenon with characters in the 2002 Mothman Prophecies Film.