Charles Hoy Fort (August 6th 1874 – May 3rd 1932 / Age 58) was an American writer and researcher into anomalous phenomena. Today, the terms Fortean and Forteana are used to characterize various such phenomena. His work continues to inspire people, who call themselves Forteans, and has influenced some aspects of science fiction.

Raymond Arthur Palmer (August 1st 1910 – August 15th 1977 / Age 67) was an American author and editor of Sci-fi and anomalous phenomena. Palmer is best known as editor of Amazing Stories (1938-49) and publisher/editor of FATE Magazine (1948-1955). In addition he released magazines such as Fantastic Adventures (1939-53), Mystic, Search, Imagination, Other Worlds, Space World, Flying Saucers, Ray Palmer's News Letter and Forum. He published or republished numerous spiritualist books, including Oahspe: A New Bible, and many books related to flying saucers, including The Coming of the Saucers, co-written by Kenneth Arnold.

His publishing houses including Clark Publishing Company, Amherst Press and Palmer Publications. Palmer was also a prolific author of science fiction and fantasy stories, many of which were published under pseudonyms. The magazine he co-founded with Curtis Fuller, FATE Magazine, continued to foster interest in anomalous phenomenon for generations onward. Curtis Fuller and his wife Mary took full control of FATE in 1955, when Palmer sold his interest in the venture. The magazine has continued in publication under a series of editors and publishers to the present day and is considered the longest-running magazine of it's kind.

According to Bruce Lanier Wright, "Palmer was hit by a truck at age seven and suffered a broken back." An unsuccessful operation on Palmer's spine stunted his growth (he stood about four feet tall), and left him with a hunchback. Palmer found refuge in science fiction, which he read voraciously. He rose through the ranks of science fiction fandom and is credited, along with Walter Dennis, with editing the first fanzine The Comet in May 1930.

As an editor, Palmer tended to favor adventurous, fast-moving space opera-type stories. His tenure at Amazing Stories was notable for his purchase of Isaac Asimov's first professional story, "Marooned Off Vesta". Palmer was also known for his controversial support of the long-running Shaver Mystery stories, a series of stories by Richard Sharpe Shaver (which maintained that the world is dominated by insane inhabitants of the hollow earth). It is unclear whether Palmer believed the Shaver stories to be true, or if he was just using the stories to sell magazines. Palmer asked other writers to do stories in the Shaver genre, the most notable being Rog Phillips.

In the first 1948 issue of FATE, Palmer published Kenneth Arnold's report of "flying discs." Arnold's sighting marked the beginning of the modern UFO era, and his story propelled the fledgling FATE to national recognition. Through FATE, Palmer was instrumental in popularizing belief in flying saucers and popularizing the genre of the paranormal. It also occasionally debunked dubious claims such as Atlantis, the Philadelphia Experiment, the Bermuda Triangle, and the Amityville Horror.

In 1988, FATE was sold to Llewellyn Publications (now Llewellyn Worldwide). In 1994, when Llewellyn changed the format from digest size to a full-size, full-color magazine. In September 2001, Galde Press Inc., owned by editor-in-chief Phyllis Galde, purchased FATE. In May 2003, FATE returned to its pre-1994 digest size and in 2008 moved to a bi-monthly format. (The secret identity of DC Comics superhero the Atom – introduced by sci-fi writer Gardner Fox in 1961 – is named after Palmer.)

Ivan Terence Sanderson (January 30th 1911 – February 19th 1973 / Aged 62) was a naturalist, biologist and writer born in Edinburgh, Scotland, who became a naturalized citizen of the United States. Sanderson was an early proponent of the work of Charles Fort and a member of the Fortean Society. His interest in anomalous phenomena and mysterious or unknown animals, such as lake monsters and living dinosaurs, led him to coin the term "cryptozoology."

Sanderson appeared on TV talks as a biologist along with zoo animals. His articles and books were very influential especially his work related to the yeti such as Abominable Snowman: A Legend Come To Life (1961). His work inspired many to become researchers. Sanderson also took an interest in UFOs and wrote two books of the subject.

In the 1930s, he claimed to have seen a "Kongamato" (or breaker of boats) after being attacked by a creature he described as "the Granddaddy of all bats". In 1952, Ivan Sanderson was one of the first investigators (alongside Gray Barker) on the scene in WV to report on the Flatwoods Monster. Throughout 1950s, Sanderson was a frequent guest on John Nebel's paranormal-themed NY radio program. In his book Mysterious America, author Loren Coleman writes that Ivan Sanderson discovered the 1909 "Jersey Devil" incident to be an elaborate real estate hoax.

Sanderson officially met researcher John Keel in 1962, they respected each others work and corresponded frequently through the mail. Sanderson founded the Ivan T. Sanderson Foundation in August 1965 on his New Jersey property, which became the Society for the Investigation of the Unexplained (SITU) in 1967. SITU was a non-profit organization that investigated strange phenomena ignored by mainstream science.

During John Keel's investigation in Point Pleasant in 1967, Ivan Sanderson served as Keel's consultant on the naturalist and biological component of such reports through phone calls and correspondence. In 1968, Sanderson and Bernard Heuvelman were both involved in the controversial Minnesota iceman saga as well. Sanderson died of brain cancer in New Jersey in 1973.

During the 1950s-60s, Sanderson was widely published in True, Sports Afield, and Argosy, Saturday Evening Post.

Gray Barker (May 2nd 1925 - December 6th 1984 / Aged 59) was an American writer best known for his books about UFOs and other paranormal phenomena. His 1956 book They Knew Too Much About Flying Saucers introduced Albert Bender's story of the Men In Black to UFO lore. The term was later popularized by John Keel along with the shorthand "MIB".

Recent evidence indicates that Gray Barker was skeptical of UFO claims. He launched and participated in hoaxes to deceive the more serious UFO investigators. Controversial as he may be, he is an undeniable part of UFO history and lore.

Coleman was born in Norfolk, Virginia and grew up in Decatur, Illinois. In March of 1960 he watched a film about Yeti entitled "Half Human" which appeared on television. The film, as well as the work of Zoologists Ivan T. Sanderson and Bernard Heuvelmans, inspired him to investigate mysterious creatures. He graduated in 1965 from MacArthur High School and went on to study psychiatric social work, sociology, anthropology and zoology.

In the 1970's, Loren met investigator John Keel as a mutual friend of researchers Ivan T. Sanderson and Brad Steiger. Through letter correspondence, John Keel introduced Coleman to UFO investigator Jerome Clark who became Coleman's writing partner. Coleman and Clark released a book together titled The Unidentified in 1975 which they followed up with Creatures From The Outer Edge in 1978 (which featured the famous Dover Demon case).

In 1999, Coleman wrote The Field Guide to Bigfoot with Patrick Huyghe and Cryptozoology A To Z with Jerome Clark. His revised version of Mysterious America in 2001 became very popular as interest in these subjects grew.

In 2002, he released Mothman and other curious encounters and was featured in the "Search For The Mothman" documentary and worked as a publicity consultant for The Mothman Prophecies Movie. He suggested to Jeff Wamsley that the town should have a Mothman Museum and Mothman Festival and has done other work involving the creature over the years.

Coleman established The International Cryptozoology Museum in 2003 in Portland, Maine. In 2017, he released a companion piece to John Keel's Mothman Prophecies, entitled "Mothman: Evil Incarnate" and in 2019 he was featured in the Small Town Monsters documentary Terror In The Skies.

Nicholas "Nick" Redfern (Born 1964) is an author, lecturer and researcher of UFOs and other anomalies. He has been featured on countless radio and TV shows including the Mothman episode of MonsterQuest and has done several presentations at The Mothman Festival. Alongside authoring dozens of books on anomalous phenomena, he contributes frequent articles to various Fortean publications such as Mysterious Universe. Nick Redfern is also known for his specialization in the subject of The Men In Black, The Women In Black and other mysterious strangers.

Sherri Brake is an author, lecturer and paranormal investigator. She owns the award winning "Haunted Heartland Tours". She has instructed classes on the paranormal and consulted on a few paranormal television shows.

Sherri leads tours and ghosthunts. She is a member of many historical & heritage societies and lives on a 100 acre farm in central West Virginia with her family. She has written books on the subject of The WV State Penitentiary in Moundsville and the Trans-Allegheny Lunatic Asylum.

Rosemary Ellen Guiley (July 8th 1950 - July 18th 2019 / Age 69) was an prolific American writer, researcher and speaker on topics relating to spirituality, the occult, the paranormal and metaphysics. She has written over than 70 books, including ten encyclopedias and her work has been translated into over 14 languages.

Guiley was a consulting editor of FATE magazine and a regular guest on Coast to Coast AM. She was a certified hypnotist with the International Hypnosis Federation. She made many television appearances on various networks, including A&E, The History Channel and The Discovery Channel. In addition to her research, writing, lecturing and media appearance, she published the online newsletter entitled Strange Dimensions. She also ran her own publishing and productions company; Visionary Living, Inc.

In her Amazon books Bio she said: "I cover the entire spectrum of the paranormal, for everything fits together ... My work is part of my spiritual journey; probing into the unknown, the other side, and other dimensions is my search for truth."

"I am frequently out on the road, and I have had plenty of first-hand experiences of many of the things I document in my books. We live on an 'Inter-dimensional Earth' that is increasingly revealing itself as our consciousness expands. My work is devoted to the how and why we have other-reality experiences, and to helping people understand their experiences and integrate the value of them into life." 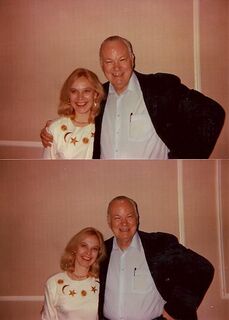 Rosemary Ellen Guiley knew Mothman Prophecies author John Keel. He considered her to be one of his favorite people. In 2004, Rosemary began attending Point Pleasant WV's Mothman Festival. She spoke as a guest speaker at least a dozen times over the years. She did presentations on a variety of subjects related to Mothman and the paranormal and sold her books as a vendor.

In 2012, she released a book titled "Monsters of West Virginia: Mysterious Creatures in the Mountain State" which featured content on Mothman as well as other legendary beings from WV folklore. She also did another West Virginia themed book in 2014 called "The Big Book of West Virginia Ghost Stories."

In her work, Rosemary focused on subjects such as angels, dream interruption, intuitive psychic ability, spirit communication, meditation and prayer. She undertook field investigations of ghosts, UFOs, aliens, ultraterrestrials, Shadow People, Bigfoot, mysterious creatures, Djinn, demons, angels, fairies and more. Her lengthy bibliography of over 70 books spans decades of research and her influence can be observed throughout paranormal or folkloric literature and media.

David Weatherly is a jack-of-all-trades when it comes to the strange and supernatural. He has traveled the world in pursuit of ghosts, monsters, UFOs, magic and more. David became fascinated with the paranormal at a young age. Ghost stories and accounts of weird creatures and UFOs led him to discover many of his early influences. Writers such as such as John Keel, Jacques Vallee, Hans Holzer and others set him on course to spend his life exploring and investigating the unexplained.

He has been featured on numerous radio and TV shows and done countless speaking appearances. In 2012, David founded the independent media and publishing company, Leprechaun Productions. Weatherly has released several books about paranormal and Fortean phenomena including the popular book "The Black Eyed Children" and a collaborative series on Bigfoot titled "Wood Knocks" with features work from many different authors on the subject of Sasquatch research.